The Latest Road Cycling Trend is the Recumbent Trike!

Unless you haven’t been outside lately or paying attention, you’ve probably noticed that the roads and paths in Washington County are increasingly being populated by recumbent trikes. These contraptions were invented and patented around 1900, but they never achieved universal popularity, even though recumbent trikes have enjoyed a small cult following for the past few decades. Recently, that has changed, and trikes are enjoying a rise in popularity that ultimately may turn out to be bigger than the recent ascent of the gravel bike. 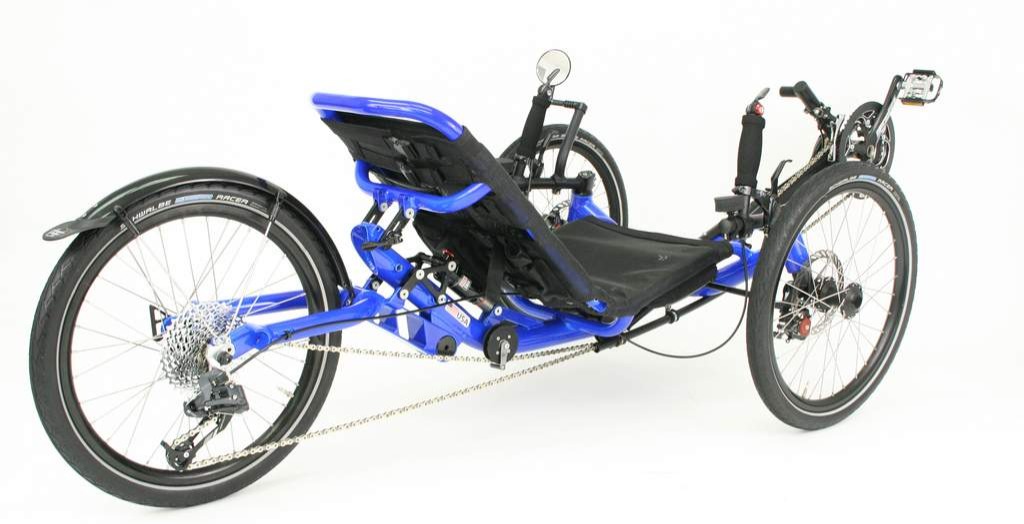 A trike, in today’s form, is a three-wheeled human powered vehicle that almost always has a drive wheel in back and two smaller wheels up front that are used for braking and steering. This configuration is commonly known as a “tadpole trike.” The adjustable seat (not called a saddle) angles back and the rider sits as if they’re in a lawn chair or a typical recumbent health club exercise bike. There are different gearing arrays, all the way up to triple cranksets with a wide gear range without sacrificing close gear ratios. The better trikes either have disc brakes or they offer them as an option over drum brakes. In earlier form, these bikes had the traditional tricycle configuration of two rear wheels and a single front wheel for steering. That setup results in less stability and potentially more crashes, and it’s pretty much become archaic and obsolete, much like lawn darts, asbestos, or mercurochrome.

There are several terms and technologies associated with the steering systems on these machines. You may hear about direct versus indirect steering, for example. Direct steering refers to a system where the handlebars are connected directly to the headset of each wheel. Generally, direct steering tends to be simpler, quicker, transmits more road shock, can be twitchy at high speed, and can have tire scrub. (More about mitigating tire scrub in a moment.) Lower cost trikes often use direct steering because it can be cheaper, although some high-end models employ direct steering for its sporty feel. Indirect steering is typically smoother and often more stable at high speeds, with a solid centering at speed, but indirect steering usually has a bigger (worse) turning radius. From my very limited experience so far with these bikes, direct or indirect steering is a matter of personal preference. I’ll let the rigid zealots fight it out…

When making a tight turn with a bike with two front wheels, the wheels must individually compensate for the two different radii, otherwise there will be tire scrub. The cure for this, surprisingly, was invented in 1817, and it was applied to carriages so the inside wheel would track a tighter radius and not drag a wheel or turn the carriage over. The man who patented this steering geometry was Rudolph Ackermann, and to this day it’s called Ackermann compensation, steering, or geometry. It’s especially necessary in tighter, slower-speed maneuvers. Without it, the inside tire will scrub, and tipping could be an issue. Most trikes, with both direct and indirect steering, have Ackermann compensation. 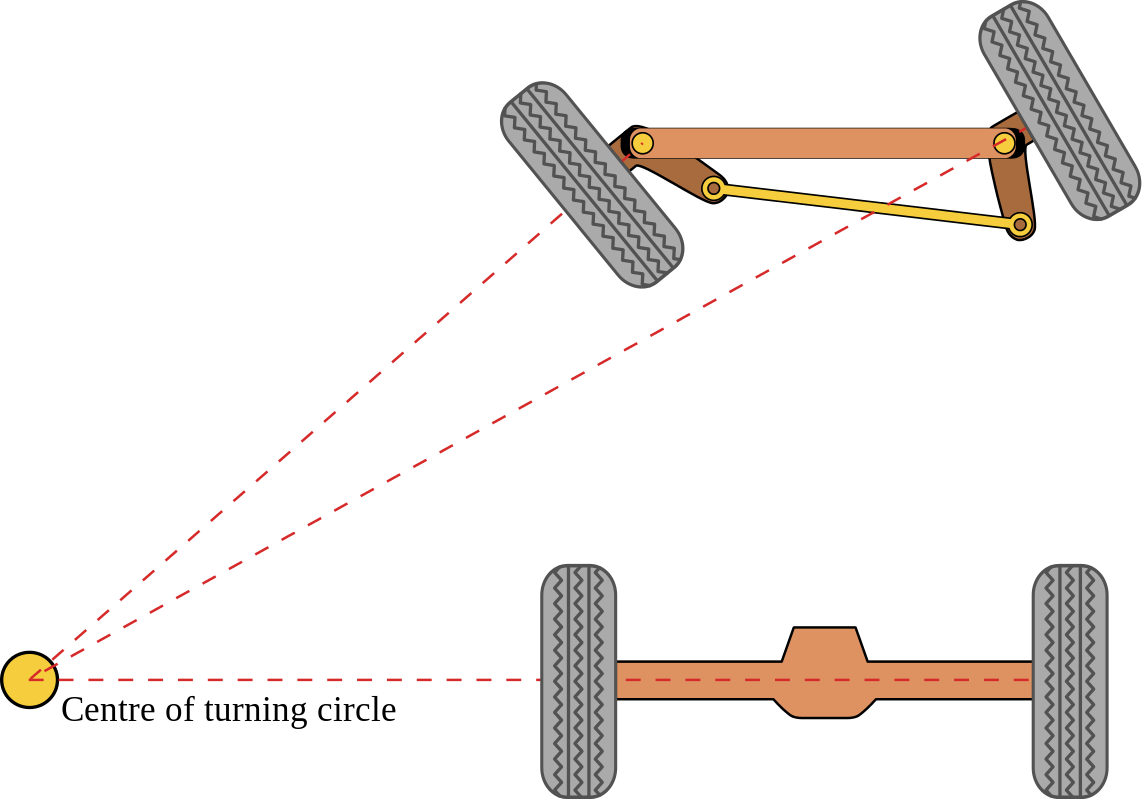 Another modern option on many new trikes is e-assist. Some trikes can be ordered with it, and there are also kits for converting to e-assist. This feature really opens up the market to casual or older riders and allows for greater distance. In addition to battery assist, some trikes offer front suspensions. The choices and options are myriad.

Who is the trike customer?

Many people will want a trike just because they’re cool and different. They may already own a road, MTB, gravel, fat bike, or even a unicycle. Trike owners I’ve talked to have described riding one as “a hoot” or “a blast” more than a few times.

Many of us in this community are older, and the comparative safety of a trike is important. A trike has far greater stability than a two-wheeler, and this may be important to older people. I recently spoke with a rider my age who is now on an e-trike after riding an e-MTB with his wife for the past few years. They had a horrible crash where they both went down on oil in a corner, and after months of recovery, they bought e-assist recumbent tricycles. He and his wife are ecstatic.

My personal reason for buying a trike is due to a worsening biomechanical issue that is making it harder and harder for me to balance myself on my Tarmacs. Descending at speed is almost impossible, and often I careen out of control. It’s only a matter of time before I biff it Big Time, so I decided to look into trikes. I suggest strongly that some of you older riders consider a trike, too. You can go faster without incident, and bravely descend again. You can still crash on a trike, but it’s a lot harder to do, and you don’t fall as far.

The particular trike I just ordered through Red Rock Bicycle Co. is a Catrike 5.5.9. Red Rock is an authorized dealer, and by mid-September, they will have a few in stock. I consider Catrike to be about as complete a line of trikes as exists, with touring models, racing trikes, e-assist, choice of colors (mine will be Lava Red), and options. They’re made in the U.S. The 5.5.9 has one very important feature for me, and that is that it easily folds in 30 seconds without removing the wheels. Folded, at only 46” long, it will compactly fit into the back of an SUV or crossover. And at under 40 lbs., it’s easy enough to wrangle it into your vehicle. Retail price on a Catrike 5.5.9 is a very reasonable $3,350. Other models are less, and others are more. I am more than eager for my Catrike to get here and I want Red Rock to TAKE MY MONEY!

It’s my belief that we’re at the beginning of a trend that will see more and more locals on trikes; analog or e-assist. I encourage you to research recumbent trikes, especially if you’re older and riding a two-wheeler is becoming sketchy and problematic. That said, anyone of any age will think that riding a recumbent trike is “a hoot.”